To Listen to the Voice of the People or Not

People often like to use poll data to decide if proposed legislation is good or not. People will say, “Polls indicate that most Americans support...” As believers we have to ultimately ask ourselves, “Regardless of what poll data says, what does God say? Does the Bible talk about this matter?” Whether directly or indirectly, through principle or precept, the Bible talks about all matters of life. In this passage, Samuel knew that Israel was wrong, but perhaps God told Samuel to give Israel what they demanded for the sake of disciplining their rebellious hearts. 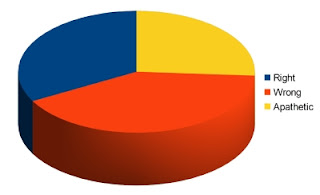 4 Then all the elders of Israel gathered together and came to Samuel at Ramah; 5 and they said to him, “Behold, you have grown old, and your sons do not walk in your ways. Now appoint a king for us to judge us like all the nations.” 6 But the thing was displeasing in the sight of Samuel when they said, “Give us a king to judge us.” And Samuel prayed to the Lord. 7 The Lord said to Samuel, “Listen to the voice of the people in regard to all that they say to you, for they have not rejected you, but they have rejected Me from being king over them. 8 Like all the deeds which they have done since the day that I brought them up from Egypt even to this day—in that they have forsaken Me and served other gods—so they are doing to you also. 9 Now then, listen to their voice; however, you shall solemnly warn them and tell them of the procedure of the king who will reign over them.”—1 Samuel 8:4-9, NASB