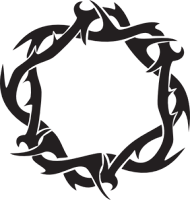 10 So Samuel told all the words of the Lord to the people who were asking for a king from him. 11 He said, “These will be the ways of the king who will reign over you: he will take your sons and appoint them to his chariots and to be his horsemen and to run before his chariots. 12 And he will appoint for himself commanders of thousands and commanders of fifties, and some to plow his ground and to reap his harvest, and to make his implements of war and the equipment of his chariots. 13 He will take your daughters to be perfumers and cooks and bakers. 14  He will take the best of your fields and vineyards and olive orchards and give them to his servants. 15 He will take the tenth of your grain and of your vineyards and give it to his officers and to his servants. 16 He will take your male servants and female servants and the best of your young men and your donkeys, and put them to his work. 17 He will take the tenth of your flocks, and you shall be his slaves.18 And in that day you will cry out because of your king, whom you have chosen for yourselves, but the Lord will not answer you in that day.”—1 Samuel 8:10-18, ESV

It is always interesting to me to explore the effects of people rejecting God and then creating a worldly institution to give them hope. Each time people do this, it only brings curses, because these worldly institutions are developed by and run by men who are prone to sin. If these men don’t submit themselves to God, time after time, the institutions evolve into vastly destructive forces that try to supplant God. They often redefine civil rights as coming from the government to protect whichever class is most powerful and influential rather than protecting people based on how they were created biologically equal (race, sex, ethnicity) by God. Often the poorer classes (the orphans and the widows) get trampled on the most. If the institutions do submit themselves to God, they can be used by God to show people who they really need to put their hope in—Jesus Christ.

The awesome thing is that Jesus came and redeemed all of the curses that men brought upon themselves when they rejected God. In this case, God described how the nation of Israel will pay dearly for wanting an earthly king. This king would take away property and relationships. Indeed, some of the worst governmental regimes in history have destroyed countless lives (Hitler, Mao Zedong, Stalin, Pol Pot). In contrast, we see in Luke 18:29-30 (ESV), the redemption of kingship in Jesus Christ:

29 And he said to them, “Truly, I say to you, there is no one who has left house or wife or brothers or parents or children, for the sake of the kingdom of God, 30 who will not receive many times more in this time, and in the age to come eternal life.”

The question I have to ask you and myself is how does God want to use us to bring redemption to human institutions so that they lead others to Christ? Whether these institutions are governmental, educational, scientific, medical, or others, God can use these institutions to reveal Himself to people. Therefore we must choose our leaders wisely, and we must influence the ungodly or they will influence us.
Posted by John at 3:18 PM